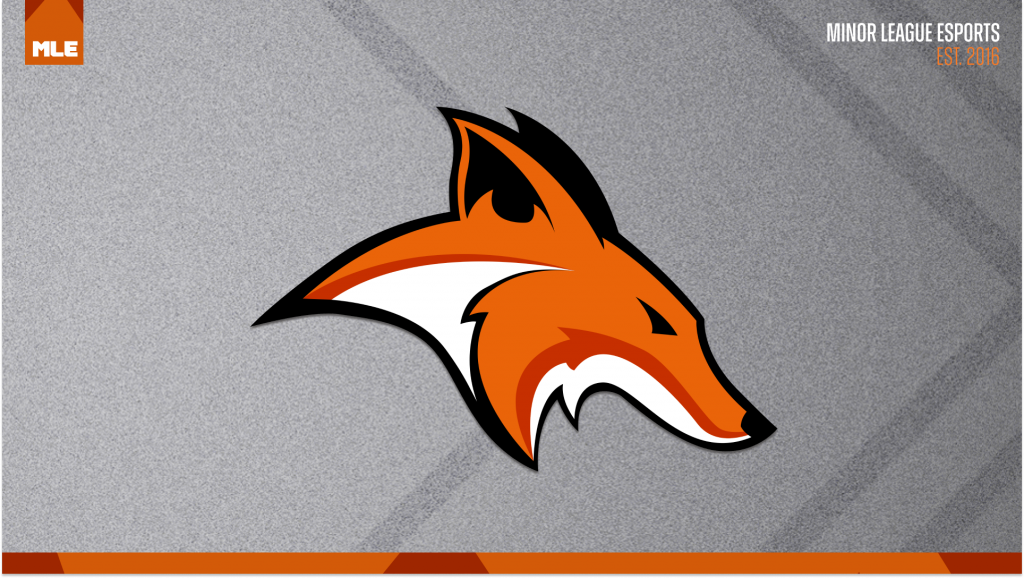 In the early post-season of Minor League Esports Season 13, the Foxes had found themselves in the play-ins for that season’s playoffs. Their season ended, however, just as quickly as the post-season started, as the Academy League Foxes were first out in standard and second out in doubles. This was a crushing loss having worked so hard that season, having made it as far as they did. This, however, is just the beginning of this tale of rags to riches.

The Foxes have a very specific mindset that’s been the fundamental of their mental game for several seasons. When asked about their losses at the end of Season 13, they all shared the opinion that it wasn’t that big of a deal, and that they simply lost to a better team. This roster, however, was far from over.

Most players, after a season ends will collectively go their separate ways, stop playing together, or start working on getting ready for the next season as soon as the current one ends. The Foxes however found themselves in the VCs of their discord regularly. Playing as they had the whole season well into the off-season. At least three or four nights a week the Academy League Foxes would come together and run in-house games, or scrims versus other leagues. Or Emilia scrims when she was still the main source of competition within the league.

Between seasons 13 and 14, there was an abnormally long offseason, spanning the better side of six months. And when you couple that with the close-knit group of friends who play together, the result is an astonishing amount of chemistry between players. For months, players SupaHotBoii, Kai, Kaliber, AmericasF1nest, and Whyuacow played together with the remaining members of the other teams. Kai and Kaliber spent those months challenging their teammates to get better, having been the flagship players during Season 13. When the new season approached, the elephant in the room was every player’s biggest question for their FM: Who’s being retained? And who is not?

During a town hall meeting of the players, it was immediately apparent that all players wished to be retained, having grown together through season 13 and the extended off-season. And thus the decision was quickly made. The environment that they had created was easy to play in, easy to play with and was always a good choice to hop in the VC.  The Foxes didn’t need to draft players, they “Had all the ingredients of a championship team” as SupaHotBoii mentioned shortly before season 14’s draft lottery. After draft transactions, the AL Foxes were left with just one 3rd round, 17th pick. That means that eighty-one players were drafted before the Foxes could pick up anyone, and they only got to pick one player.

So who, you may ask, did the AL Foxes look to pick up, to make their already S tier lineup better? The players had collectively agreed (as if they could disagree on anything at this point) that they didn’t want to go for someone highly skilled. They didn’t want someone who was going to win them games or score lots of goals. No, the Foxes, wanted something much different than that of other teams. They went out, into scrims, tryouts, and hangouts looking for someone who everyone liked. Someone who could match the energy that the current roster was already putting out. And, once again, the Foxes agreed that there was one player that they loved playing with: RaspyDingo.

Raspy was the 81st pick of the Season 14 academy league draft. In his career in MLE, he’s played over a thousand matches, averaging 3.21 MVPR for those of us old-schoolers that still know what that means since the change to the Sprocket Rating. Raspy also averages 1.14 goals on 2.88 shots per game, meaning the Foxes were still getting a solid and capable player: but as they recall some of the experiences in the Foxes VCs with Raspy they jokingly got all that and more.

Raspy is the life of the party. According to his teammates, it is impossible to fumble your mental state when he’s around. He doesn’t even have to be playing, he just hops in and with more enthusiasm than anyone else, hypes up his teammates and keeps them focused on doing what they do best: having fun.

It all seemed on the up and up until League Operations made changes to how the league was going to function. During the elo redistribution, Kai was lost to a rank-out and moved up to Champion League, and Kaliber followed shortly after. The team was thrown into a panic, trying to figure out what they were going to do for the upcoming season having retained effectively an entire roster, and then adding to it. Now they were down two players, and their best two at that. They were scrambling for options now, having used their draft pick to draft RaspyDingo.

As a result, the Foxes picked up NullKey, Unbreki andWestlysn1pes, three players well known to the Foxes that fit the bill of what they were looking for in a player. NullKey had a very large decision to make when picking his team for season 14, saying, “I had to pick between the Aviators and the Foxes, and the Foxes have way better colors so-“. With these two being signed, they rounded out the roster going into Season 14 – and boy the season they are having now.

As of week 5, the AL Foxes roster has a 4-1 series record, with an overall record of 17-8 in both standard and doubles. Leading the goal differential statistic by a large margin, having scored 27 more goals than they have conceded in standard and 24 more in doubles. At this point, it is highly unlikely that the team will miss playoffs, and they’ve got their eyes set on a Season 14 title. When asked about their ambitions, they said the following:

“We are not at the top of the league until we’ve beaten every team *burp* The score is zero-zero and this is going to be tough.” – Whyuacow

“We are not saying we’re the best, but we’re going to bring our best every game. It is not going to be easy, but we’re number one for a reason.” – AmericasF1nest

“You can’t get down when you have the support that we do. We can always build off each other.” -supaHotBoii

When asked about strategies, the team said:

“We favor the offense, and we’re very offensively based, but losing doesn’t affect us, it makes us more fired up to do better the next game. Communication between games is a massive part of the team. Always asking what could be better, and what works.” – SupaHotBoii

The Foxes are a very closely knit team, that has taken Academy League teams by storm, absolutely blowing them off their axles. They have proven that communication, friendship, and skulk mentality will get better results for a team than trying to cram statistically rated players on a field together. Maybe just maybe the Foxes cunning plans will lead to the ultimate prize!