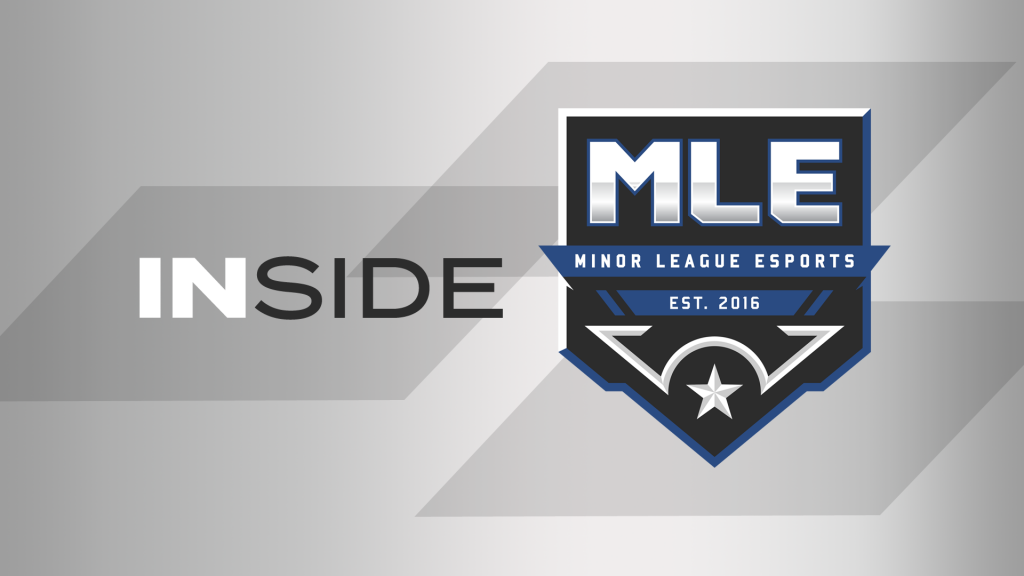 Hey there curious wanderer! Welcome to “Inside MLE”; a new feature where we offer you, the lucky reader, an insight into the workings of MLE. We thought it might be fun, as well as interesting, to offer our community a perspective into aspects of Minor League Esports, from reasons behind decisions made to the operations of MLE.

For the first instalment of Inside MLE we will be looking at a hop topic in the community; franchise logos! Oh yes that tasty little subject, so without delay let’s get into it.

A Blast to the Past

Before we dive head first into the current situation, let’s take a trip to the past using our imaginary time machine. More specifically end of Season 7. As many of you know Minor League Esports was previously known as Minor League Doubles. This was the case going into the off-season and the future was looking promising. 6 new franchises were ready to be fully-unveiled with new logos (Goblins, Hive, Sabres, Shellbacks, Spectre, Tyrants – the Goblins and Shellbacks were subsequently changed to Express & Shadow post rebrand). Plans were in place to make Season 8 the best yet.

Alas best made plans and all that. As many people reading this will be aware, MLD underwent an unexpected rebrand during that off-season, which is how Minor League Esports was born. This isn’t 100% true as there were plans to rebrand MLD to MLE but the events that unfolded fast-tracked that. We are not here to talk about those events however but more what that meant for franchise logos and the current state of play.

An unfortunate result of the events and the necessary rebrand we lost the rights to use the franchise and league logos. This was a huge blow, which caused the off-season to last much longer than initially planned. As we scrambled to organise and prepare for Season 8, franchise logos took a back seat. When you run a league and have an active community priority must always go to ensuring the competitive element; league play, is delivered. It is the main reason why people sign-up at the end of the day.

Despite franchise logos taking a back seat discussions were happening and research was taking place. A number of different options were considered and after much deliberation and we decided to reach out to a shortlist of designers. The plan was to have a few designers working on a set number of logos each, working towards common objectives and requirements. Unfortunately we did not get past this stage of negotiations as focus was abruptly shifted to league operations & community aspects. Again this was a case of prioritising the fundamental elements of the league. This was in part due to an unwelcome coincidence where several members of the council personal situations suddenly changed. Long story short; the availability of those in important administrative positions drastically changed and it caused potential operational problems that needed to be resolved.

The rebrand before Season 8 also saw a whole host of changes such as reducing the length of the regular season in half, the implementation of coordinators and the introduction of the Affiliate program. Arguably perhaps we tried to do too much at once and this obviously had a knock-on effect on the commissioning and production of franchise logos but during and after the rebrand we had a renewed sense of purpose and excitement. We didn’t want MLE just to be MLD, we wanted it to be better!

So that’s the brief history lesson out of the way. Now fast forward to the start of this season. Going into Season 9 we know many in the community are eager and somewhat expectant to see logos this season. Often questions arise in our community regarding franchise logos, with members “thirsty” for any updates or news. Franchise logos are an important aspect for community members, especially for those who saw the development and improvement of franchise logos in the “MLD era”. We are sure those that do remember agree that the logos were unique and of high quality. They gave MLD a real sense of identity, one that helped make it stand out from the competition.

With franchise logos being fundamentally important it’s crucial we get them right. This is one of the main reasons time is being taken. We want to ensure the logos are to the standard we expect, that fit with the overall presentation of MLE & give each franchise a unique look. Referring back to the community’s desire to see updates and progress, it’s no surprise that many have started to offer ideas and even dream up a few ideas of their own. This is fantastic. We love to see our community passionately invested in MLE and the franchises that represent it. Some will even point to designs and say “Hey, this is good. We should use this!”. We are never ones to discourage feedback or suggestions but it’s worth reiterating our intentions and desires in terms of franchise logos.

For our 32 franchise logos we want them to be unique. We want them to authentically and seamlessly fit the overall style and presentation of MLE. We want to ensure they look good, so good that players associate & relate to their franchise even more and want to buy the sweet merchandise that will come once they have been completed. This generally means we are looking at getting them professionally sourced i.e. graphic designers. While the designs and ideas provided by some of our community members have been great they are not quite up to the standard or style we are looking for and those using templates have limitations. Therefore the only realistic route we foresee is getting them professionally sourced.

Good Things Come to Those Who Wait

We know many people will just want an answer to a simple question? “When can we expect franchise logos?” Not to be party poopers but the answer is not for a while. It’s very unlikely franchise logos will be completed and released before the season is out. We know that news won’t be met with much excitement but we have to be realistic and to make false guarantees would not be fair to our fantastic community.

What we can announce is that discussions and negotiations are well under way. We have approached a designer we have previously interacted with with a view to getting a small selection of the logos produced. We felt that rather than try and overload a designer with numerous logos to start with, that, it would be more beneficial to commission them to produce a small sample. The benefits of this approach are that it offers a greater focus on each franchise logo. We don’t want to end up with any inconsistencies when it comes to logos so having a more focused approach will help us meet such an objective. By starting “small” it gives us greater scope to make adjustments over the course of the design & production process.

There is no set amount of time it takes a designer to create one logo. During our research and investigations we were generally quoted approximately a week per logo but obviously this varies. To give further context, the MLE logo took a few weeks from conception through to release. Now some of you reading this will think it will be the middle of next year by the time we see all 32 franchise logos however our intentions are to deliver them in a reasonable amount of time. Not sacrificing any quality or consistency along the way. Again we can’t give guarantees but we are committed to ensuring the new franchise logos will be worth the wait.

Cost is also something that gets mentioned in the franchise logo discussion. We know a good portion of our community has stated they would fully help support and invest in any fundraising if necessary. We are forever grateful for such statements and support. Our community has already shown incredible levels of support through Twitch subscriptions, donations via Patreon as well as bits on Twitch and much more. Suffice to say the revenue we have acquired since the end of Season 7 has been saved for investment, such as the commissioning of franchise logos.

We do have a decent size pool of funds from that revenue ready to invest into the production of franchise logos. While we do not wish to reveal the actual amount or discuss costs of commission we can safely say we have accrued a decent portion of the likely total costs. We do not expect anyone to personally fund such a venture or feel obliged to donate/financially support us, to those that do we offer our most heartfelt gratitude. If, for whatever reason, we feel we need to do fundraising for any venture/project, the details of which will be fully transparent to our community. Of course if we decide to go down that route we will endeavour to let our community know.

A Final Word… or Two

Well we think thats enough talk for one day. Hopefully you have enjoyed this insight into MLE and one of the hottest topics inside the community. If you have any suggestions of content you would like to see in these features please let us know. And if you have any feedback regarding this article we would greatly appreciate it. The plan is to try deliver such features at least once a month, not including the regular news updates. So if you enjoyed this feature and want to see more let us know! All comments, opinions & ideas are welcome. We will keep our community updated whenever there are any significant updates regards franchise logos you can be sure of that. Until next time, have fun out there!

If there is a topic or part of MLE you would like to be explored in a future “Inside MLE” feature please use this form to submit your suggestion. You can also use the form to provide feedback on the feature too!