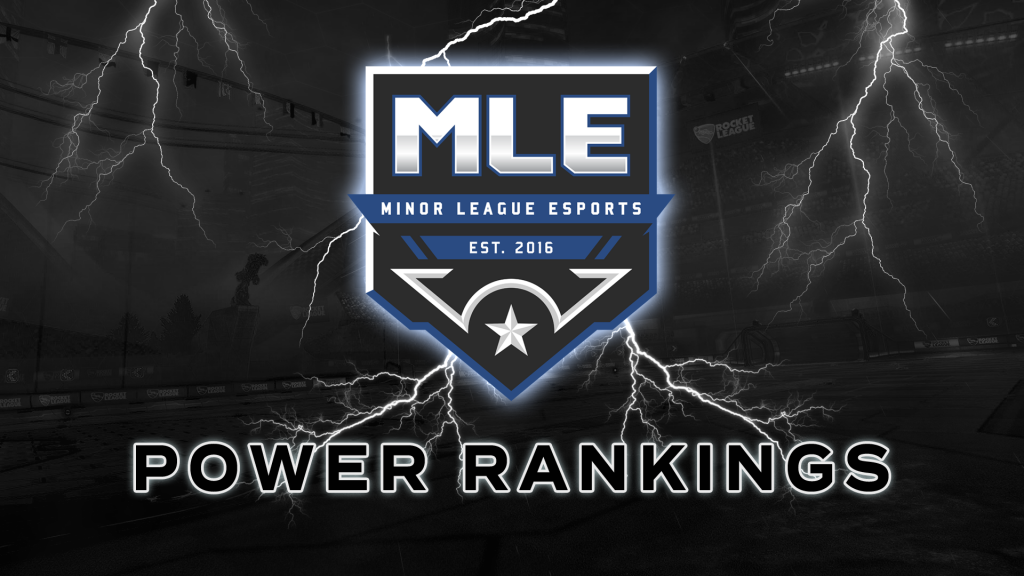 Just on the surface alone, this season is probably going to be the most well-fought for in the history of Minor League Esports. So many strong and capable teams are ready to take the field this weekend. But since there are just so many rosters, and so many styles being utilized, which one stacks up the best among the rest? Let me tell you.

First off, the Power Rankings Committee has grown quite a lot since last season, so all decisions are from a larger group than you’re probably used to. At the moment, we have 4 Foundation Power Rankers, 6 for Academy, and 8 for Champion and Premier. Decisions are based more on what the collective thinks rather than one or two people having incredibly disproportionate rankings. Now let’s get into the good stuff.

Who have climbed their way to the top?

Starting with Foundation League, the Foxes received a large amount of consensus as a top tier team, never getting ranked below 3rd. zFLaME, Superflame, Avo, and Darkfire on paper seem like a dastardly squad that can dominate whenever they choose to. Let’s hope they do that to start off Week 1.

Next with Academy League, it’s quite a close race for the top spot between the Shadow and the Puffins. It was a half and half split between our 6 rankers for placing these teams at the top spot, which goes to show just how close they appear to be. For their respective conferences, they’re miles ahead of the rest of the competition. Jordak, Faker, M0rg, Shual, and Carl for the Shadow, and Aubrey, Tuxedo, MouseRat, Obsidian_Bear, and The Street Pharmacist for the Puffins. Both have incredibly experienced players on their team that can hopefully lead the rookies to glory, if they truly are the best conference teams.

Something that struck me as very odd with Champion League, is that everyone agreed on a selection. I don’t think I’ve ever seen so much consensus on one team before. That team being the Knights, as 1st overall. When you know the Knights’ roster consists of MikeIsMyIke, Lil Q, Primed, Taels, and tehblister, that makes it even more apparent. Blue Conference teams beware, because this is the team to beat if you want any hope of a championship title in a few months.

Finishing it off with Premier League, it ended up being the polar opposite of Champion League. Very little consensus on many teams, and the top team was only voted as such by 2/8 rankers. Before you ask, no I don’t rank Premier League, so don’t say I’m biased while the Bears are the team to beat. The Bears do have quite the roster of players that have been quite notable throughout many seasons of play. KILT, Atokad, Koalemos, and Mage. Whether it stands up to scrutiny is all down to these first few weeks. I sure hope it does…

What players are looking strong?

There’s a new section of Power Rankings now. The spiritual successor to Fantasy League, the PRC are now able to rank individual players in the same way we do teams. Now, do be aware that since this is preliminary rankings, individual player rankings are going to likely be way more inaccurate than team rankings. This is just to introduce the concept, and to let people know just who looks like they’re pumped, and ready to kick some butt.

Foundation and Academy league have abstained from ranking players until Week 1 in order to wait for more important data. Champion and Premier League both have done rankings to varying degrees.

For Champion League, unsurprisingly the top player also happens to come from the top team, Lil Q has definitely proved themselves to be the most valuable player taken during the draft. Very close behind are other incredibly valuable picks, such as Keiko for the Sabres, Phyrexius on the Wizards, Thunderballs on the Outlaws, and GreatGodZeus for the Sharks to round out the top 5. These 5 have proven to be quite hte opponents during the offseason, some of them on the verge of ranking up into Grand Champion, even moreso proving their worth. They’re quite clearly the star players for their respective teams and hopefully we see them put to good use. To finish out the top 10, 6th goes to Water on the Bears, 7th to Bones on the Flames, 8th taken by the Knights GM Mike, 9th to Ezra on the Foxes, and ending off 10th with a three-way tie between Soul, Vandy, and Rushy.

I did lie somewhat about Premier League before, as instead of having a consensus on a best team, they decided to do it for best player, which they gave to 2nd overall pick to the Hawks, TestGravity. Having ranked up to an 18 salary, he’s no doubt going to be the player that brings the Hawks’ game to a whole other level. The only player that’s vaguely in Test’s ballpark is Zack, the Wolves’ star 17 salary. From their the top 5 rounds out quite nicely with the Puffin’s Bolio, the Hive’s Satsz, and the Comets’ Erayne. Had the Comets stayed in the Blue Conference, all top 5 players at the start of the season would have come from there. Thankfully the rest of the top 10 is rounded out by mostly Orange Conference players. Bits and Smurf taking up 6th and 7th, Maple being the lone Blue Man in 8th, and 9th and 10th finishing us off with Red Line and Lotty Lettuce.

Since we’ve got nothing else to go on other than our own thoughts and ideas, I guess we have to wait and see if we’re right. There are many ways you can achieve that this season. The main way is to follow and keep up with the streams on the MLE twitch accounts, and yes that’s plural accounts. https://www.twitch.tv/mlesportsgg for all of your Champion League and Premier League content, and https://www.twitch.tv/mlesportsgg2 for your Foundation League and Academy League content.

However, if you want even more than that, there’s going to be two ‘MLE Monday’ or ‘Behind the Goal’ style shows for you to watch during the intermission between weeks. Scoobert and sgtmc50cal will be streaming their Sgt. Scooby Show on Monday evenings, the first having gone live at 7:30pm Eastern. They explained everything they had planned for the future in their first instalment, so go check that out here: https://www.twitch.tv/videos/463102347

The other option will be my own stream every Tuesday at 8pm Eastern where I’ll be going over primarily Champion League action, and a lot of statistics, so if you’re into that kind of stuff, here you go: https://www.twitch.tv/zytabyte

Check in next week to see how the Power Rankings have changed after the first week of action!