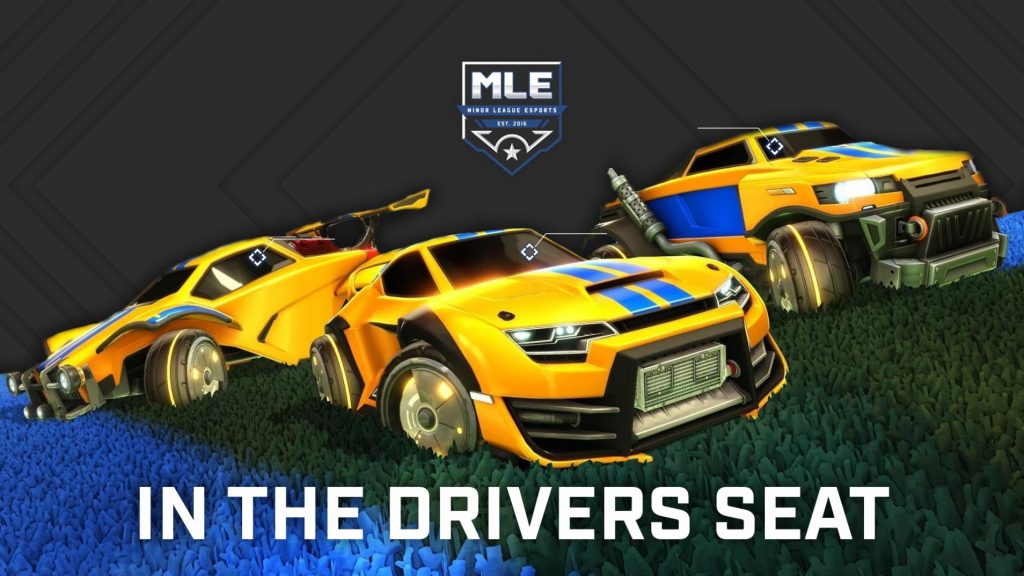 There are a lot of people involved in making MLE run smoothly. Goldentornado17, as head of the stats team, is one of those people. But along with managing stats, Goldentornado17 manages the two-time MLE champion Hurricanes. KyleCornDog recently got to chat with this new Franchise Manager and find out a little bit more about them in this edition of In The Driver’s Seat.

We’ll start with a relatively easy question; When did you join MLE?

Ha! That’s not an easy one! The end of season 8, I think. I’m pretty sure it was after the season ended but before the start of season 9.

What has been your record as a player and now as an FM?

As a player, Squanchy and I won the season 10 CL championship. As an FM, I haven’t been an FM super long, but I feel like this season is going pretty well so far. We’re in the top half of pretty much every league. Some of our teams are doing pretty good, so I feel like we’re off to a good start.

So this is your first full season as an FM?

I was interim FM/GM for the Bears last season and spent half the season with them. My friend Hershey became the GM of the Hurricanes in season 10 and I was just a captain. I did a ton of work with Squanchy and Hershey running the team. Then last season I was the AGM for half the season, then I went to the Bears, and now I’m back with the Hurricanes!

What is your go-to/favorite Rocket League car?

Oh man, I literally, today, played 3 different cars, because I wasn’t feeling it in the Octane, so I tried the Fennec and the Dominus. Probably, I play the Fennec more than anything else now. But I go between Fennec, Octane, and Dominus a lot. I don’t know if I have a main car, I kind of just play all of them.

Which is the better game mode, 2s or 3s?

3s for sure. I feel like 3s requires more teamwork, and 2s I feel like it is ball chasing and mechanics. 3s is a lot more about positioning and boost management. I think 3s is more strategic, and I enjoy that aspect.

What is the best nonstandard mode?

Um, probably Dropshot because I never play any of them, because I hate the other ones, haha. That’s pretty much it. I can’t even remember the last time I played Dropshot though. I played Snowday the other day and I hated it! I played one round of it and I was like “nope.” I guess Hoops is okay…Yeah, I don’t know, I never play them, so we’ll just put Dropshot.

Winning the championship, definitely, and just that whole run. I don’t know if you know, but Squanchy and I are actually brothers, and it was so fun. At the end of the season, we got reverse swept by the Blizzard on stream for the final series of the regular season. We were just like, “…crap.” After that, we just worked our butts off and played so much together and practiced so hard and ended up winning the championship! That was really special and it was a lot of fun. I think we were the first brothers to win a championship, at least that we know of.

Do you have a favorite Hobby outside of Rocket League?

I like to do woodworking stuff. Wood is so expensive right now, I haven’t been able to do it in like 5 months. I got into carpentry and I built my computer desk, an end table, and some other things, but I haven’t been able to get back to it. I’m waiting for the outrageous prices of wood to come down before I start up again.

Wait, how expensive are we talking?

A piece of plywood here in Ohio used to cost $30; now it’s over $100. It’s nuts. It’s on the back burner for now, unfortunately. I’m not very good at it, but it’s fun. I like doing stuff with my hands and it’s a change of pace.

What is the best part of being an FM?

What is the hardest part of being an FM?

Oh, definitely the scheduling. This season with doubleheaders is a lot. In the past, it was hard to figure out pairings. This season not having a pairing requirement has been so nice, but the pure volume of games has made it more challenging. It’s hard to get everyone’s schedule, get them to save replays, and to show up on time. It’s a lot to manage, even with staff, but it’s not too bad overall. Just requires a lot of work. Right now, Squanchy and I are in the process of teaching our captains how to do it all. It takes patience, and we’re mostly hands-off, but of course, there are deadlines that we have to meet.

What is the best part of being on the Hurricanes?

We have a small private server and it has a really good vibe, I love it. We have a lot of fun together. The Hurricanes since I’ve been here have built a culture that’s competitive and wants to win, but we can also joke around and be stupid together. We definitely have an expectation to make the playoffs.

What’s your favorite part of being on the Stats team?

I was actually just promoted to Stats team lead, and the team is great. It’s a bunch of people enjoying various projects such as Elo, community stats, Star of the Week, production stats, etc. I’m a bit more mathematically inclined, and it’s been fun to take that to Rocket League. Yeah, you could say I’m scratching my mathematical itch. I follow the NFL and there’s a lot of analytics and stats that are just really interesting. To take that type of data into a league I’m actually playing in is fun to have debates about players and teams, and looking at the different ways we can rank people. Of course, there are the more important things like Elo and really revamping that system. It’s been really rewarding to see how Elo has developed, and, in my opinion, it has been a wild success. We’re still monitoring it, tinkering [with] it, and improving it for the future.

What’s the next thing you’d like to see in MLE?

Oooh (dramatic pause). That’s a good question. After we feel like we’ve got a good sense of how to run Rocket League, I would like to see new games like Valorant or Apex Legends. It would be fun to take this community to other games. I would enjoy it from a stats team perspective as well, to dive into another game. It would be cool to be part of something new and build it up from the ground. Just to be clear, in future seasons, not tomorrow!