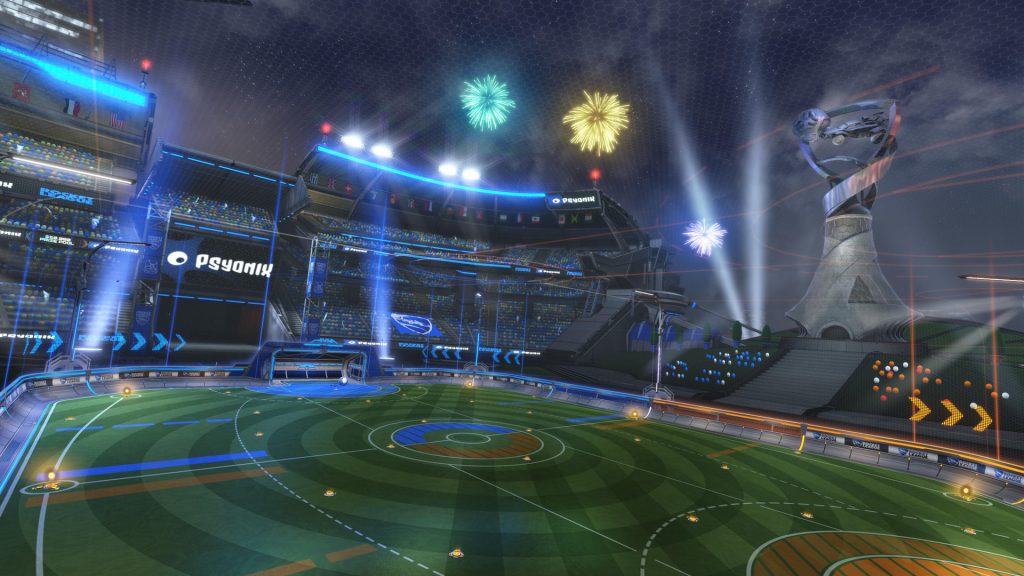 With two days to go the Season 9 Championship Series weekend, it’s time to take a look at each series…

12 weeks of play has come and gone with hundreds of players representing the 32 franchises across 4 leagues. There’s been goals, whiffs, demos, high, lows, drama and a boat of load excitement but now only 2 teams remain in each of the four leagues. These teams now have one last series to overcome to be crowned MLE Champions but who’s fighting for the coveted crown? Let’s find out….

The Battle of Cunning vs Power

The Foxes could be seen as slight favourites having finished 2nd in the overall regular season standings, 1 place above the Tyrants, winning 4 more individual games. In reality there isn’t much to separate the two teams, this is the Championship Series after all! The Tyrants will be hoping GameStrike, who joined midway through the season, will continue his impressive form shown since joining. He will likely be paired with TheLouzer, the pair teaming up for their Orange Conference Semi-Finals win against the Pandas. The Foxes will likely field the pairing of FasterThanFalcon & K03, who played in both the Blue Conference Semi-Final & Conference Final victories. Their experience in big-game situations may come clutch come Saturday evening! 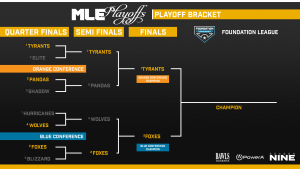 Two franchises who have yet to experience Championship glory have the chance to rectify this fact and write their name into MLE history!

The Flames go into the championship on the back of a very successful campaign not losing a series so far! Despite a slightly less impressive but still respectable 7-3 series regular season record, the Spartans only lost 1 individual game more than the Flames. The Flames will likely call upon the pairing of coversum & Eazuu who have played in each of the previous rounds and have been on the team for the vast majority of the season. They will no doubt go into the series full of confidence with nothing to fear.

The Spartans, having to come through one extra round than their opponents, have fielded 3 of their starters during the playoffs; Burrie, Deli (Saprtans GM) & Eclair and it’s likely it will be a combination of 2 of these 3 that will feature in the final. All 3 have performed well during season, all averaging over 4 MVPR so the Spartans will be confident in whoever they field. 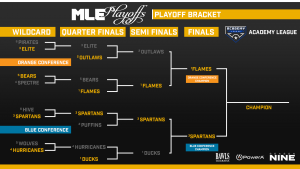 A new Champion League winner will be crowned on Sunday and it will be a hotly contested affair with the two franchises being represented both clamouring for their first title.

The Rhinos charged their way through the regular season, ending it in style with a perfect 10-0 series win record. They also scored a massive 209 goals on their way, an average of 4.18 per game! They will certainly hope their attacking prowess doesn’t desert them against the Knights. O.G.S.R & Yeet are likely to line-up for the Rhinos on Sunday after both playing in each of the previous rounds, helping to dispatch the Bears & Pandas in clinical fashion.

The Knights while not quite matching the Rhinos in terms of series won during the regular season (8-2) are certainly not here to make up the numbers. The 5th best offence and 3rd best defence during the regular season the Knights definitely have the steel and power to cause the Rhinos problems. The Knights will most likely field two out of Lil’ Q, MikeIsMyike & Taels. Each player has performed well over the season, with Taels in particular being one to watch if selected after recording an MVPR of 6.28 for the season. 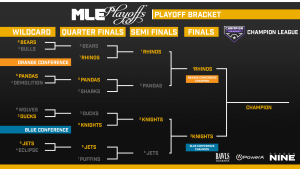 PREDATORS LOOK TO TAKE DOWN ROYALTY

They do come into the final as somewhat underdogs. Finishing 6th in the overall standings and with a 6-4 series win record, the lowest of any team competing this weekend. On paper the Elite have a tough task ahead of them. But to dismiss the Elite would be foolish especially after they battled through 3 rounds of playoffs to make it. Those spirited displays will put them in good stead going into the final where the tension will be at fever pitch! Cearu & El Diablo Rojo who have played together in every round are expected to take to the field once again as they look to immortalise themselves into MLE folklore.

Looking to stop them are the Hawks. They finished 2nd in the overall standings with a 7-3 record, an indication of the competitiveness of the Premier League. TestGravity & Zayo will likely represent the Hawks, a pairing who played in both the Blue Conference Semi-Finals & Blue Conference Final. TestGravity will definitely be a key player, finishing the season 3rd for MVPR, playing 30 games and averaging 7.04. The Hawks have come close to success in previous seasons but this long standing franchise have never been better set to fly! 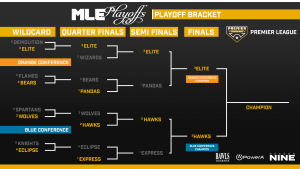 So the wait is nearly over! The players will no doubt be getting in their last games of practice as they prepare for their series. It’s going to be a fantastic finale to what’s been an awesome Season. You won’t want to miss the Championship Series weekend so tune into the MLE Network Saturday & Sunday from 7:45pm ET for all the action & excitement! See you there!