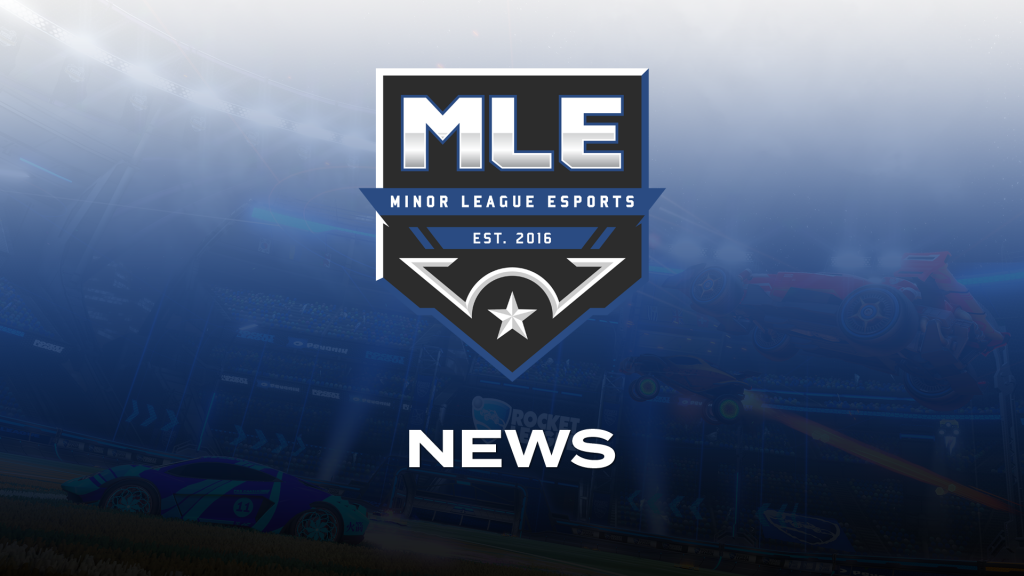 The Season 9 playoffs are here! Read on to find out what happened in the Wildcard weekend…

The first weekend of playoff action saw lots of thrills and spills as the “Wildcard Weekend” aka Conference Quarter-Finals took place. But who prevailed and who fell at the “first hurdle”?

In the Orange Conference, #6 Orange Conference seed the Pirates took on #3 seed Elite. A series that ebbed and flowed finally ending with Elite snatching a 3-2 series win to clinch their place in the next round and a meeting with last seasons Champions the Outlaws! In the other Orange Conference tie, #5 seed outmuscled #4 seed the Spectre 3-1 to set up a tie against the #1 seed the Flames who finished the regular season with a 10-0 series record.

In the Blue Conference, #3 seed the Spartans saw off a spirited #6 seed the Hive with a 3-2 series win. For their efforts the Spartans will face the Puffins. The other clash in the Blue Conference section saw the Hurricanes and the Wolves fight it out. And things blew in the ‘Canes favour as they managed to put losing the 1st game behind them to win the series 3-1. Their “prize” for victory is a meeting with #1 seed the Ducks, who finished top of the regular season standings.

The 8 remaining teams contain some illustrious franchises with the Elite, Ducks & Outlaws all winning the Championship title at Academy League level in previous seasons. If the Outlaws were to retain their title they would be the first franchise to do so since the Wizards in Season 6!  History counts for little though and no doubt the other 5 teams will be hoping to make glorious tales of their own! 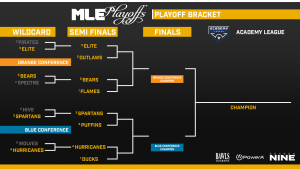 #3 Orange Conference seed, the Pandas, continued their search for a first franchise Championship win with a 3-1 win over #6 seed Demolition, themselves also without a Championship to their name. The Pandas will face their Tropic Division rivals the Sharks in the next round, a team that just pipped them to the division title by a single game win. The other tie in the Orange Conference saw the #5 seed the Bears beat out #4 seed the Bulls in a 5 game thriller. With a total of 34 goals scored during the series, it was the Bears who triumphed, winning game 5 4-3! They will take on #1 Orange Conference seed the Rhinos. The Rhinos charged their way through the regular season winning all 10 of their series as they also look to add a first Championship trophy to their cabinet.

Over in the Blue Conference two historic franchises battled it out for a place in the Conference Semi-Finals. The Ducks, a franchise no stranger to success, overcame a spirited 6th seed in the Wolves, winning 3-1 and setting up a clash with #2 seed the Knights. In the other Blue Conference tie it was the Jets who soared, putting in an impressive performance to defeat 4th seed the Eclipse. The Jets now face the not so envious task of taking on #1 seed the Puffins, a team which went unbeaten during the regular season.

No one will be taking the Jets lightly after their display though! 8 teams now remain left in contention with only 1 franchise, the Ducks having ever won a Champion League title in their history. Can they add another feather to their impressive achievements as franchise or will one of the 7 plucky contenders stuff their ambitions? 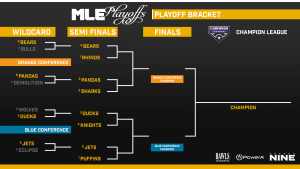 Not content with having 2 teams make the Conference Semi-Finals in other leagues, the Bears also progressed into the next round in the Premier League. The #4 seed put out the Flames hopes with a 3-1 series win to arrange a clash with their “brothers from another mother bear”, #1 seed the Pandas. In the other Orange Conference tie the Elite defeated the Demolition 3-1 in their quest to add their first Premier League title to their trophy cabinet. Standing in their way in the Conference Semi-Final is the tricky Wizards.

In the Blue Conference #3 seed the Wolves overcame #6 seed the Spartans in a fiercely contested series that ended 3-2. Victory for the Wolves means they progress to face #2 seed the Hawks. The other Blue Conference Quarter-Final saw #4 seed the Eclipse joust #5 seed the Knights from playoff contention with a 3-1 series win. The Eclipse now face the steamrolling #1 seed the Express who finished top of the overall regular season standings.

No team left in the Premier League Playoffs has won the Premier League Championship before though the Elite and Wizards as franchises have won multiple MLE Championships across other leagues. The Premier League was closely fought this season, with the top 5 in the overall standings only separated by 5 game wins and 4 of those teams are still involved going into the Conference Semi-Final stage! It’s going to be one wild battle to the finish! 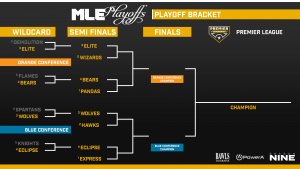 There are 8 teams in contention for the Foundation League Championship. If regular season form and results indicate anything it would point the way of the Blue Conference, in particular the Hurricanes and Foxes who finished 1st and 2nd respectfully. The Hurricanes in particular come into the playoffs in hot form on a 5 win streak and winning 9 out of their 10 series. Should the Hurricanes turn this regular season success into playoff triumph it will mark their first Championship win as a franchise!

There are 4 other franchises in the Foundation League Playoffs who have yet to taste Championship success, the Pandas, Shadow, Wolves and the Blizzard. The Pandas finished the highest in the overall regular season standings out of the 4 teams, ending the season 4th overall with a 29-21 record. Although the Foundation League is the lowest competitive tier in MLE you can be sure all 8 teams left in the playoffs will be gunning for glory and pulling off some great plays in their bid for Championship greatness!

The Foundation League playoffs start this weekend; 26th and 27th October with the Conference Semi-Finals. 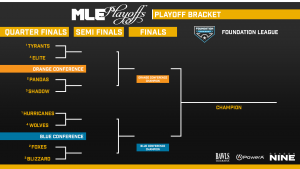 Our good friends at PowerA have once again come up with the goods and will be providing not 1, not 2, not even 3 but… 14!!! enhanced Xbox controllers to giveaway during the playoffs. Details of the giveaways will be posted on here and Twitter so keep your eyes peeled for more news later this week!

Another update on the logo front and another franchise logo has been completed! The Bears are the lucky ones, joining the Aviators, Blizzard, Elite and Spectre to receive a fresh logo. Of course we are keeping said logos under wraps until all 32 have been completed and as always we will keep you updated with any significant progress.

PLAYS OF THE WEEK

Missed the last couple weeks of Plays of the Week presented by BAWLS Guarana? Don’t worry here’s a recap for you all. Don’t forget you can vote for your favourite plays from the Playoffs. Just submit your clip to Twitter using the #MLEPotW for it to be considered. Community members can also used the PotW channel in Discord to submit plays!

We would like to announce the appointment of Hellyaman as our new Social media Coordinator. Hellyaman will be coordinating and organising the Social Media team to help improve MLE’s output and exposure on social media platforms. We know he will do a great job and look forward to working with him.

There have also been additions to the Admissions team! We would like to welcome Alton, AtoMic, Deejay, Hershey, Krosis, RainbowNoms & Taelo to the team. no doubt they will soon have their hands full as we near the off-season and the usual glut of applications we receive!

MESSAGE TO THE COMMUNITY

We just wanted to take this moment to thank everyone who turned out for the playoff streams this past weekend. We reached over 100 viewers both nights which is great to see and we really appreciated the support. Hopefully as the playoffs continue those numbers continue to grow!

Good to luck to the teams remaining in the playoffs. Whatever happens we know you will give it your all! Don’t forget to tune in this weekend folks for the Conference Semi-Finals. The action starts at 8pm ET Saturday and Sunday on the MLE Network! Until then…