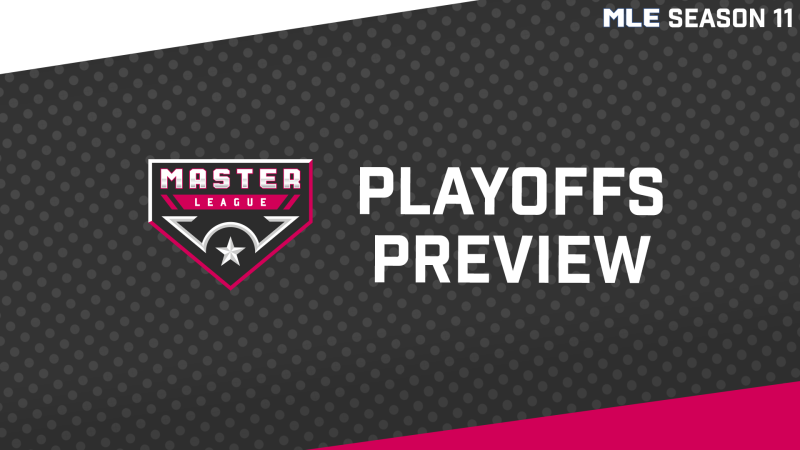 Wow, what an incredible weekend of Minor League Esports playoff action last week. Out of the four Semi-Final match-ups for the Master League, three of them went to a deciding game 5. With the Conference Finals, however, five games may not be enough, for we are now in the best of seven territory. Seeing how close and competitive the Conference Semi-Finals were, the Conference Finals look poised to go all seven games as well. So buckle up, strap yourself in, and get ready for the absolute barn burners that will be the Conference Finals.

The Spectre defeated the Shadow in their Semi-Final matchup, in arguably the most exciting series so far this MLE postseason. The Spectre went up 2-1 in the series, with a game three overtime win. In game three, the Spectre were down 3-1 with under a minute left and were able to force the overtime period. The Shadow were then able to respond with a 3-1 win in game four. Game five came down to the wire, with another overtime period. The would Spectre take that game 4 to 3. Being able to clutch multiple overtimes will service the Spectre well in their playoff run, knowing they will not buckle under the pressure. The Semi-Final defeat definitely stings for the Shadow, knowing those overtime periods easily could have gone the other way. They can rest their hat on their brilliant performance, however. Akina was sublime in the air, posing a threat every time they took the ball off the sidewall. They also posted a staggering 5.67 MVPR, the highest in the lobby. Nyyankeesrd was no slouch either, assisting 7 of Akina’s 11 goals while showcasing their own mechanical prowess. In the end, however, it was not enough for the Shadow. Blackwatch and Light were just too effective in limiting the damage. Moreover, they both produced strong, nearly identical, offensive numbers. Light finished with a 5.12 MVPR, 8 goals, 6 assists, 8 saves, and 25 shots, while Blackwatch posted a 4.61 MVPR, with 7 goals, 4 assists, 9 saves, and 23 shots. The Spectre looks scary going into the Conference Finals. They are resilient, defensively sound, and offensively balanced. All of which will be troublesome for the Outlaws.

The Outlaws, without the need for super-sub Stovvadz, were able to squeak out a close 3-2 win over the “pan // das”. The Pandas and Outlaws traded blows in games one and two, with the Outlaws taking the first contest convincingly, and the Pandas taking game two in a convincing manner. The Pandas were able to win game three in overtime and looked strong throughout the whole series. The Outlaws had different plans, however, taking game four 4-2 and game five 1-0. Llama and KyleSpanx came up huge in the game four and game five wins. KyleSpanx in game four put up three of the Outlaws’ four goals, while Llama posted the game-winner in game five with four saves to boot. Llama being the offensive catalyst for the Outlaws this entire season, we knew they would produce in crunch time. KyleSpanx showed up in a massive way for the Outlaws, which makes them a duel threat against the Spectre. KylesSpanx finished the Pandas series with a 4.28 MVPR and 25 shots. Credit is due to the Pandas though, who gave a valiant effort. They gave themselves multiple chances to close out the series but were unable to do so this time around.

With just how close the Conference Semi-Finals were for both the Spectre and the Outlaws, this series looks to go the full seven games. Both teams have shown the ability to come back from a deficit, so do not count out either team if one of them goes down by two to start the series. The Spectre and the Outlaws field similar teams, with both pairings bringing a balanced offensive approach. The Spectre will need to keep an eye out for KyleSpanx on the dribble, for they like to take the ball onto the hood of their car and beat the first defender out with a quick flick. The Outlaws will need to play deep or reduce that open space in the midfield to shutdown KyleSpanx offensively. For the Outlaws, they need to focus on Light and their mesmerizing ability in the air. They have the ability to have complete control of the ball while in flight, which creates major issues for defenses.

The number one seeded Hive were able to punch their ticket into the Conference Finals with an impressive 3-2 series win over the formidable Knights. The Knights were up two games to one after a game three overtime win. The Hive were able to adapt and rebound effectively, taking game four 3-2, and taking the series winner in a convincing 6-2 fashion. Besides game five, in which the Knights gave up two very unfortunate goals, each game was decided by a one or two goal margin. The Hive found success in putting the Knights under immense pressure, outshooting them 34-24 across the entire series. This is even more impressive, considering the Knights were able to put up an astounding 41 shots against the Sabres in their Wildcard matchup. Easyp and Uh Steve were able to snuff out the Knight’s offense while putting up similar numbers on the offensive side. Both finished with an MVPR around 3.70 and both finishing with nearly identical shot totals (18 for Uh Steve, 16 for Easyp). The Hive will need to continue this collective offensive pressure and defensive crackdown against the Jets if they hope to be playing for an MLE title in over a week’s time.

The Jets were the lone team able to win their series in under five games, defeating the Hurricanes 3-1 in an incredibly close contest. Game one ended in a 6-5 overtime win for the Jets, in which both sides traded blows. Game three was the lone blowout, with games two and four being decided by two goals each. As expected, Bond Brother carried the Jets’ offense with a crushing 6.86 MVPR with 11 goals on 30 shots. Ripperr took the place of Indy, who played for the Jets in their wildcard series. They performed admirably, posting a 5.11 MVPR and assisting 8 of Bond Brother’s 11 goals. What may be of concern for the Jets’ is Ripperr’s offensive consistency, for out of the 17 shots they posted, 10 came in a high scoring game one, while they averaged a little over two shots per game for the rest of the series. Part of this may be attributed to the solid play of Nerr97 and Privileged Pear for the Hurricanes. Nerr97 looked threatening every time they were in the air and both players posted MVPRs around 5.0 against the juggernaut Jets.

The Hive will undoubtedly be the Jets’ most difficult opponent so far during this postseason. They come in as the first seed and showed immense resiliency against the Knights with the comeback win. We know the Hive will remain cool and collected during pressure situations, but we cannot say the same thing for the Jets. They have yet to be down in a playoff series, so we will see if the Jets possess the same ability to respond if they go down at any point. The key for the Hive will be able to neutralize and/or mitigate Bond Brother’s offensive footprint, forcing Ripperr to put up big numbers. Inversely, the Jets are not looking to reinvent the wheel, and hope to continue with their blueprint; a high octane offense that showcases the team’s ability to solo play, as well as finding the open player infield.