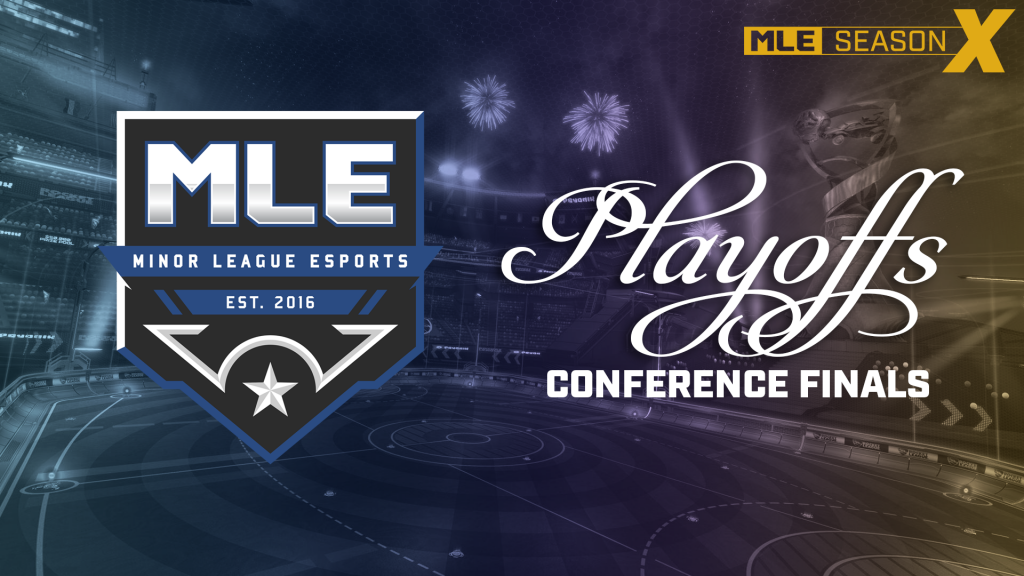 After two weeks of postseason teams are beginning to see the finish line. But as we arrive at the Conference Finals, every match will be a tough challenge, and players will have to be at their absolute best if they hope to have a chance at the title. We’ve seen our share of upsets and we’ve seen the top players show why they’re the best. Now we will see who can continue to win and who will prove that they want it more than their opponents. Let’s breakdown each of the matchups you’ll see this weekend and talk about who has what it takes to bring home a victory for their franchise.

The Orange Conference finals are a tale of two stories. On one hand you have the Season 9 champions in the Tyrants. They managed to hold onto one player from last season and now find themselves on the road to a second championship. The other side of the matchup is the Bears team everyone has been talking about. The father and daughter duo made a splash in their first matchup with definitive 3-0 followed by a very wholesome post-match interview. In that interview, Cardinal made it clear he intends to see this story to a victorious finale, “I don’t see why we’re any worse than any of (the playoff) teams, and I think that we can go all the way with this team.” The Bears showed last week that they had the play to back up that statement. They dominated a 1st seeded Bulls team with tight rotations and impressive aerial plays by HyperFangHyena. But to win it all they first have to get through a Tyrants team that will be up to the task of battling the Bears. The duo of TheLouzer and Detto took on a very streaky Outlaws squad and won a crucial game five to take the series. The Tyrants seemed to absorb any pressure the Outlaws put on them and threw it right back on the counter-attack, often scoring multiple breakaway goals off of key saves. The Tyrants defense will be tough to break and so will the Bears determination.

At the end of game two it looked as if the Hurricanes’ Achilles heel had been struck. The 2nd seeded team that looked so promising had begun to fall apart, losing 0-6 to a Blizzard team that had beaten them twice during the season in close 3-2 matches. And with Blizzard star Face scoring five unanswered goals, the Hurricanes seemed to be unraveling. Commentator and caster BigMacDan even stating in the post-game, “There is absolutely no way I see the Hurricanes taking this series anymore if the Blizzard keep this pace up.” And how did the Hurricanes respond? They turned the tables on the Blizzard in game three and for the next five minutes, FROGDOG and Bombin kept almost all of the possession with a single-minded drive towards the back wall of the Blizzard and didn’t allow a single shot on their net for the entirety of the game. The Blizzard would come back in form but the Hurricanes now knew they could weather their opponents and take the series. The Hurricanes will now move on to face the Knights who didn’t have to endure the same battle but won a comfortable 3-0 sweep. Kingkris32 peppered the express backboard for three straight games as Gabronies watched and waited for the Express to misplay the clear before collecting and scoring. It was a formula the Knights executed quite well. Now we will get to see the 1st and 2nd seed Blue conference teams battle it out to prove who it the best.

By the second round of the playoffs teams are either falling apart under pressure or rising to the challenge. The Outlaws and Flames have both showed they are getting into their peak form when it matters most. Both teams showed trust in their partner on the backline. Both teams were patient and limited offensive double commits. Both teams took down tough opponents in 3-1 victories. For the Outlaws it was solid rational play and capitalizing on the mistakes of the Elite that won them the series. ITSLAPPY and PAV3K are beginning to show flashes of brilliant team plays. Perhaps none better than ITSLAPPY hunting for demos while PAV3K flicked the ball in to close out the series. On the Flames side it was a confident midfield defense that appeared to be the difference-maker. As the Flames pressure built, Bippers and DV2890 took turns holding the midfield line and simply waiting to collect the clear from the Wizards before mounting another offensive onslaught. They managed to pin the Wizards back more and more throughout the series until the pressure was too much for them. The team that wins the AL Orange conference will likely be the one that can maintain the trust and team play that these two pairs have built.

The Hurricanes matching up against the Hive for the Conference Finals may have been picked by quite a few people but who will win this matchup is sure to be hotly debated. The Hurricanes proved in their sweep of the Puffins that despite being put in high-pressure situations, they’re most comfortable playing in the eye of the storm. They came back from two-goal deficits in the first two games and never looked panicked. Soop Feared showed patience and poise, taking the time to dribble players in late-game comebacks. The final game they fell behind late but scored with 19 seconds to take the game to overtime, where they won with another dribble play from Soop Feared. The Hive had a tougher time in their match against the Foxes as they traded high scoring games before winning in a definitive game 5. Black and DLEW19 continue to adapt to pressure from their opponents. After dropping games three and four, the Hive knew they needed to pick up their pace to return to form. DLEW said in the postmatch, “we’d rather overcommit and play fast than play too passive again.” That adjustment proved to be the answer as they took the last game and the series. Can this Hive squad continue to adapt and find an answer to the Hurricanes or will the Hurricanes roll through another team on their way to a final?

The CL Orange Conference final is a matchup of two styles. Do you go with the team that has a clear role for each player, executing the same plays and solid rotation game after game? Or do you favor the team that follows whatever player has the hot hand (or hot car in this case)? The Pandas players Zach and Unforgiven seemed to have the right game plan for taking on an offensively aggressive Outlaws squad. Zach put up a solid defensive performance while finding his teammate, Unforgiven, in the backfield who then struck with fast counterattacks that shocked their opponents. Unforgiven managed to execute this game plan so well that they put up 14 goals in four games. The Shadow didn’t appear to have the defined roles that the Pandas had, but what they did have was a pair of players that pulled off highlight-worthy 1v1 plays time and time again. After a close game one, it was Euronate who stepped up and pulled off a hat trick in game two to pull ahead of the Dodgers. In game three, Lightning took the torch and showed off his dribble plays with a hat trick of his own to close the series out in a sweep. These two teams will both have an arsenal of weapons at their disposal but will the streaky play of the Shadow surpass their foes or will the game-plan of the Pandas successfully shut down the offense of their opponents?

In a matchup between two teams coming off 3-1 wins, we’ve seen that the Wolves and Hurricanes have come up against tough tests and both have proven their talents. For the Hurricanes they had to outpace a scrappy Aviators squad and establish corner pressure to force mistakes from their opponents. Goldentornado17 put in another solid offensive performance with nine goals on four games. The Wolves also came up against an opponent that had the ability to throw off top teams. The confidence from Clvn and Ripperr never faltered, however. It was the synergy from the Wolves that seemed to be too much for their Arctic division rivals as both players assisted on 10 of their 14 series goals. Ripperr, of course, also aided in the win with a few key highlight level plays including a stellar redirect off a long pass from Clvn. As these two teams fight for the Blue conference title it may come down to who can assert their dominance in the series and get to play their style of game.

The Outlaws have continued the strategy that made them successful in the regular season, put the ball toward the net at every opportunity. They swept the Spectre with their signature offensive pressure, putting 34 total shots on net compared to the Spectre’s 17. The Outlaws crashed the net time after time with a devastating one-two punch. Lotty Lettuce put in an MVP performance, taking difficult highlight level shots and placing them brilliantly. But the Outlaws offense will now have to face their white whale, the division rival that bested them twice this season. The undefeated Pirates looked as confident as ever in their first postseason game. The Wizards came in with attack after attack but were never able to set up camp offensively against the Pirates. It was the consistent hard clears from defense and quick transition speed of Tater and Taki that never allowed both Wizards to be on offense at once. The Pirates defense only allowed three goals in as many games. Will they continue to stifle the offense of the Outlaws, or will the Outlaws finally break the Pirates defense along with their winning streak?

When the season ends and the postseason begins the dynamics of strong teams can change. During the regular season, one strong player can’t guarantee you a run at the finals. In the Playoffs, however, a star player can make all the difference in a tough matchup. The Blizzard and Knights had just the right players last week to dominate their opponents. Comp scored 14 goals to take the Blizzard to a 3-1 victory over the Puffins. His speed to the ball and deft air dribbling quite literally lifted him over the competition. In a series that often went punch for punch and goal for goal, it was Comp who always seemed to have the last big play in the game. Jay proved once again to be the star player the Knights needed him to be. After getting shut down early in the series by the Aviators, Jay woke up in game three and put in four goals to win 5-1. From then on, it was the Jay show as he put on an incredible performance offensively and defensively with 11 goals and 13 saves on the series. In order to win the championship Prosperity2K and MapleSurrup will also need to continue their run of great play, but when the two teams meet this weekend you can expect to see a battle of star players looking to run up scores and pull off “play of the week” worthy goals.

Each team only has to win two more matches to take the title for their franchise. It’s going to be two more weekends full of action-packed excitement. Don’t miss a minute of it as the Conference Finals kick off on the MLE Network.