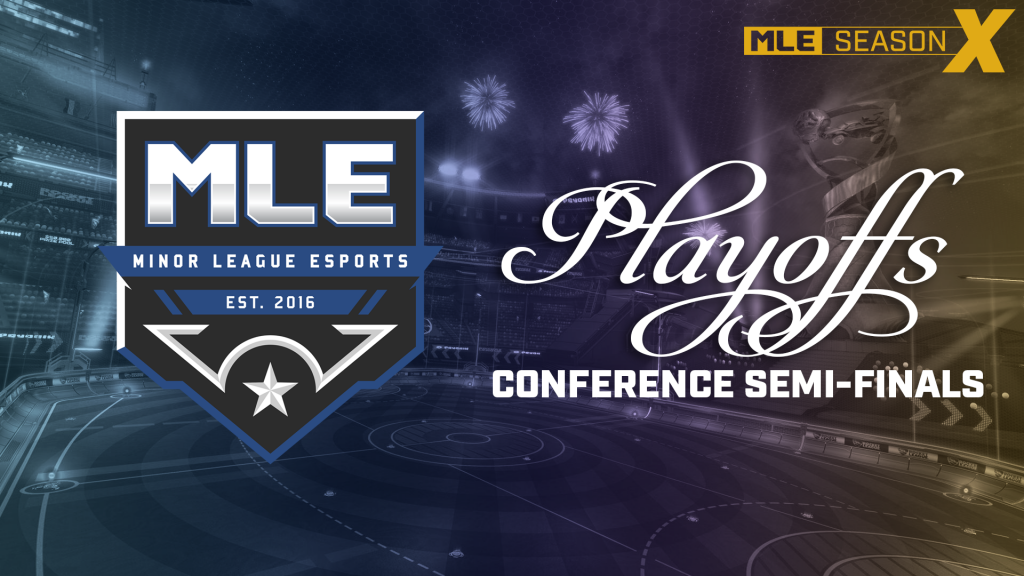 Only half of the original 42 teams survived opening weekend but more importantly, my playoff bracket didn’t survive. Upsets and close matches shattered my bracket rather than busted it. As we all collectively mourn the loss of my post-season picks, let’s look forward to all the exciting matchups that are scheduled for the second week of playoff action, including the first week of Foundation League playoffs.

The number one seeded Pirates take the field against the wild card winning Wizards. If you still think the Pirates have an easy road to the final, you weren’t watching the stream this weekend as the Wizards went punch for punch with the Tyrants in the opening round. Smurf and JustTuck combined for a flurry of offensive pressure which ultimately won them a close game five upset. But can Wizards play the same high scoring offensive style against the number 1 seeded Pirates? This Pirates team has met and won against every challenge so far but the toughest challenge is to win the last game of the season.

The Outlaws vs Spectre is sure to be a knockdown drag-out fight in the premier league. The Outlaws players MattRochie and Lotty Lettuce took the sharks in four games after a five and a half minute overtime in game two. Ultimately the Outlaws took the series by putting on shot after shot while not giving the Sharks any time to possess the ball. The Spectre also took their series against the Bulls in four games. They won the first game 5-2 but lost the second 4-8. In games three and four they were finally able to settle down with WeTakeLs and Snip playing ball control to close out two low scoring games. Look for dribble plays to be on display in this battle two teams who prioritize ball possession to secure their wins.

The Aviators have made it to the second round of playoffs untested due to an unfortunate NCP but make no mistake the players are ready for the next challenger. That next opponent will be the Knights who are looking to build off their win over the Eclipse. The Knights were slow to get going in the first round, dropping their first game before wing three close games(including two overtimes) to take the series. Both teams bring in players with highlight potential so look for Jay or Kilt to pull off the show-stopping plays and give their teams the edge late in the series.

Maybe someone should inform the PL puffins that they’re the underdogs this postseason because the way they swept the Ducks last weekend you would think they were on cruise control. Opening the series with a smooth double touch from Cali and finishing with a play, the Puffins never once trailed in three games. Their next test will be the first seeded Blizzard who are eager to get in on the playoff action and show why they’re the team to beat. Lead scorer Mapplesurrup and his squad may should things more difficult for the Puffins.

A lot of upsets took fans by surprise this weekend. Maybe none more than the Outlaws win over the 2nd seeded Pirates. Not only did the Outlaws sweep their division rivals, but they managed to hold them to just three goals and zero assists. If they Outlaws can continue their streak of shutting down top offenses they have a good shot to build on their win. If the Pandas have anything to say about it, however, that playoff run will be short-lived. The first seeded Pandas are a balanced team with a stalwart defense that may be the perfect counter to the hot hand of the Outlaws.

The upsets continue in the Orange conference with two teams that won close five-game series to move on in the postseason. Smalls and Furphy proved to be a defensive force for the Dodgers, absorbing 51 shots on the series and outscoring the Bulls 23 to 16. If the duo can come close to their impressive 62% shooting in the next series, they could be the giant killers of the CL. The Shadow had their hands full with a Comets team that was passing brilliantly but in the battle of the playing GMs, it was Euronate who proved to be the more clutch, with two epic game five saves to keep their title dreams alive. Both pairs look like their team chemistry is improving with every game. Look for this series to be a battle for momentum as each will be hoping to come out and dominate the series.

The Puffins found a winning strategy last weekend by discovering that if you simply don’t let a team score, they can’t win. In a 3-1 series, the Blizzard put up a total of 6 goals, and 1 assist on 27 shots. Bazed and ArcaneLizard never gave the Blizzard a chance to get going offensively and they got an upset victory for their efforts. Now they face off against their division rivals and the number one seeded Wolves. Of course, the Wolves are the 1st seed for a reason. Their high scoring offense will be a whole other challenge for the Puffins. Can they repeat their strategy or will the Wolves get to play their game?

The Aviators played a series that was closer than it’s 3-1 series record shows. The Ducks put up a fight in a tough division match but Artemis and RapidChampion managed to get into a solid rotational rhythm that kept them composed in the face KingDuff’s 19 shots on net. Once the Aviators pulled ahead in games 3 and 4 they were able to hold onto late leads and close out the series. The Hurricanes took their round one win in a definite fashion. It wasn’t just the sweep that made a statement but also the Game one goal where Goldentornado17 popped the ball toward the goal and proceeded to tackle C0P3X out of the way. That is the style with which the Hurricanes took the rest of the series. Now we will see if the Hurricanes can bully the Aviators or if the Aviators will continue to keep their cool on the way to a conference final.

The Flames come in as the number one seed. Something that would be more comforting if it weren’t for how many upsets there have been already in this playoffs. They will need to bring their best game against a Wizards squad that looks in very good form. Legit and TourneyEarnie seem to have found chemistry late in the season. That chemistry helped them to a 3-2 win over the Tyrants. But this Flames team appears up to the challenge as they enter the playoffs on a nine series win streak.

The Outlaws and Elite both put up 3-0 sweeps in the first round against higher-seeded opponents. Outlaws’ player ITSLAPPY pulled off a dominating offensive performance with 10 goals on 20 shots. For the Elite, it was Rebel who did all the scoring but notably, Fraud assisted in 5 of Rebel’s 9 goals while putting in none of their own. Will the teamwork of Elite give them another win or will the offensive duo out PAV3K and ITSLAPPY be too much for them.

The AL Puffins not only shocked the league with their upset over the Express but seemed to shock the Express themselves during the match. They held the express team to just 17 shots in 4 games to take the series. This Academy League team seems to have continued the Puffins trend of cool confident wins in the postseason. But just like the rest of their franchise brethren they now have to face a number one seed for their efforts. That number one seed comes in the form of a lethal Hurricanes squad. This test may prove to snap the Puffins out of that confidence.

Being the 2nd seed has proven dangerous in this year’s playoffs. Only two 2nd seeded teams have managed to dodge an upset. But the Hive survived a close five-game series with an impressive defensive effort and solid team play. Black and DLEW19 combined for 23 saves and 10 of their 18 goals were assisted. On the other side of the matchup, the Foxes denied the upset by swiftly sweeping their opponents. The Foxes seemed to never let the Jets get going offensively, allowing only ten shots in three games. Look for the Foxes to try to keep their possession offense going against the Hive. But the Hive may have the perfect defensive backline to counter that pressure.

The Bulls have the highest goal differential in the league and come in with the exciting emerging star player of Wonderwulf. As the number one seed, this Bulls team is expected to be the favorite in the playoffs. On the other side of this matchup, the hopes of the entire Bears franchise have landed on the Foundation League this season. And the story of the father-daughter duo in FL has spread throughout the league. Will the Bears story have a storybook ending or will the Bulls prove too daunting a foe?

The firepower of Foundation League will be on full display in this match up. Both teams have players with excellent goals per game averages. Both teams finished their season by winning out their last three division games. But only one of these teams will get to continue their winning streak into the conference finals. One way or another this will be a tough match that we will likely see go the distance in a best of five series.

In a playoff season already riddled with upsets, the Express are looking to keep that train rolling (I’m trying to quit the habit, I promise). They find themselves staring across at the Knights who are heavy favorites in the matchup. The Express will be relying on early pressure to take the momentum away from their opponents. But Whyuacow may not be thrown off their game so easily as so far they look like a contender for league MVP. During this wild postseason, anything can happen and this matchup has the potential to be yet another shocking series.

The Hurricanes edged out the Blizzard to take the division title and the second seed in the playoffs. During the season the Blizzard won both matchups against the Hurricanes in close 3-2 series. At the end of the season, this rivalry can only be settled with a best of five, winner goes home match. This is sure to be the game you can’t miss this weekend. Will Face put up another star performance for the Blizzard or will the team play and fast rotation of the Hurricanes dominate the pitch?

You can catch every Conference Semi-Final series on the MLE Network this Saturday and Sunday from 6pm ET.