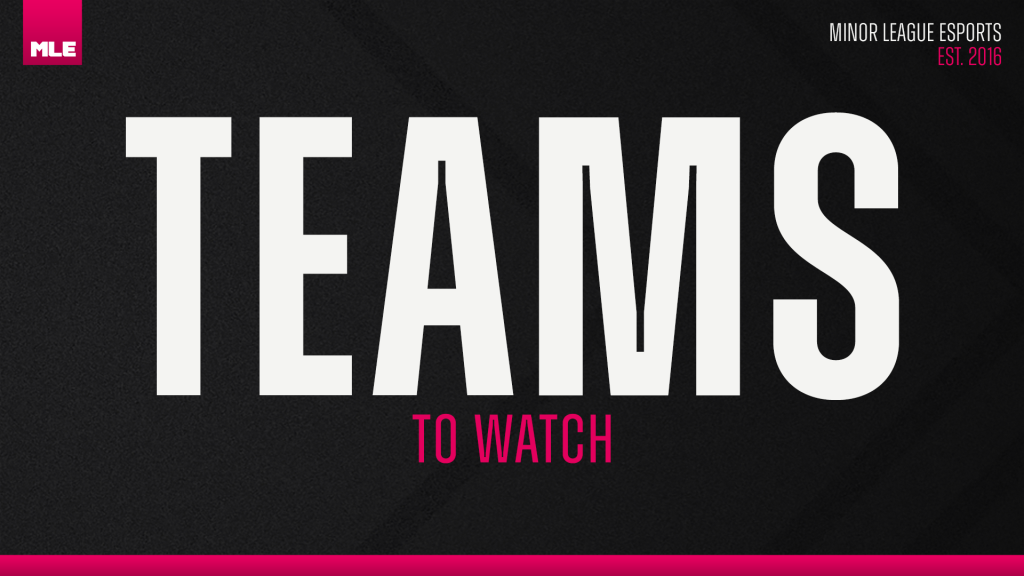 It’s the final day of wild card weekend in MLE. After today we will know every team that is out early and every team that will move on to the second weekend of action. We can’t say yet how many brackets will be busted after this weekend but we can tell you that tonight is bound to be another action-packed night of Rocket League. We’re here to break down all the Master League action and tell you what to expect tonight on MLE.

The Spectre won their division with a 35 and 35 record and snuck their way despite a lackluster finish to the season. To keep winning in the postseason they will rely on the team leader and Franchise Manager Kunics to lead them. Pointzera will likely be another face in the postseason as they put up 62 goals and 65 saves on 40 games. The Rhinos team will look to their star player, TmanRL to put in an MVP performance. TmanRL put up a league-leading 112 goals in doubles this season. Their accuracy and volume number of shots will be more than many teams can handle. Look for the Rhinos to feed TmanRL as many opportunities as they can to get the victory.

This Blue Conference matchup is likely to be one of the closer games of the weekend. These two teams have made solid campaigns this season with multiple players averaging high MVPR games. The Aviators have five starters with at least four series played and they could turn to any of these great players for a potential post-season win. One player I’d have my money on is Doomsucker who has been outstanding on the goalline this season with 95 saves on 35 games. For the Express the lineup is slightly more clear. Even with multiple great performers on the lineup, the team will likely look to Poobi3 and Luke_ who have averaged 5.55 and 5.35 MVPRs respectively. No matter the Result I expect this series to be a back and forth match that goes the distance.

The ML Rhinos tied for 2nd overall in standard this season with a 46 and 24 record. Despite the great run they still finished 2nd in their division to the league-leading Bears. Playing a division rival that tough can often forge great playoff teams. We know this Rhinos squad can match up against the best in the league. The Flames, however, won their Division despite being sixth in the conference with a 40 and 30 record. So will a poorly performing division prepare them for the tough test ahead? (Reverse fridge leads the league with 50 assists)

The storm division was a tough place to play this season. With three teams making the playoffs there was certainly no lack of talent among these four teams. And perhaps one of the most talented players this season was the Hurricane’s own Privileged Pear. finishing top 5 in all three categories of goals, saves, and assists, Privileged Pear has put in an MVP performance this season. The Hurricanes will likely look to rely on them to come in clutch during the postseason. For the Sabres their success relies less on individual performance and more on team play. While none of the 5 current rostered players rate on major top ten stats lists, all have put up solid numbers, and not a single starter averages below a 2.8 MVPR. Simply put, there is no weak link in the Sabres game.