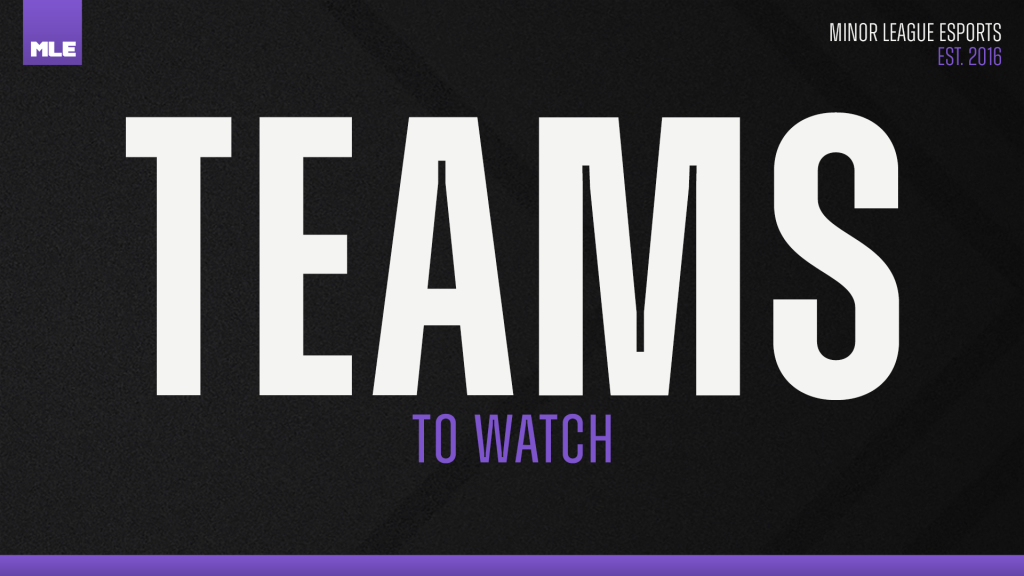 It’s the final day of wild card weekend in MLE. After today we will know every team that is out early and every team that will move on to the second weekend of action. We can’t say yet how many brackets will be busted after this weekend but we can tell you that tonight is bound to be another action-packed night of Rocket League. We’re here to break down all the Champion League action and tell you what to expect tonight on MLE.

The Wizards enter into the playoffs as the 4th seed, having the lowest record of the four division winners. The Pandas finished two games ahead of them at 43 and 27. But underrating the Wizards in this matchup would be a big mistake. Mario_RL has finished 3rd in scoring with 95 goals in 40 games. That’s 2.37 goals per game. His likely duos partner WhippyFlippy also made the top 10 in scoring, putting up 2.45 goals per game. The 5th seed Pandas have a doubles roster that shows a good amount of depth which could help them in the playoffs. They have four players averaging over a 4.75 MVPR. For a star performer in the postseason, I would look to the balanced play of Woozle. Over 40 games Woozle has averaged 1.7 goals, 1.65 saves, and 1.05 assists.

The Arctic division champs had a wild race to the finish in doubles this season. No team was pulling ahead towards the end of the season. The Wolves managed to steal the title away with two 4-1 wins in the final two weeks. Now they’re hoping their late-season winning streak transitions into the post-season.  The team will likely look to YouWereCool who put up 85 goals this season across 8 series. The Ducks team finished 2nd in the conference with a 47 and 23 record but still didn’t get the number one seed in the division. The Ducks look to make a big impact in the first round and prove they should have been seeded higher. They owe their doubles’ success to the scoring power of EliteInferno who finished 6th in scoring and Kingduff who finished 1st with 112 goals.  The Wolves will have their hands full fending off this offensive onslaught of the Ducks.

The Sharks have put together a campaign for their fourth-place spot using a deep bench of solid players. No one player stands out as carrying the squad but all have put in great performances to get their team into the postseason. It’s as balanced a team as you could ask for. On the other side, the Rhinos found their wild card spot not by having star scorers but by shutting down other teams’ star players. While not having a single player in the top 15 for scoring the Rhinos have two players in the top ten for saves. Smitty Cena being the number one overall with 77 saves over 50 games will look to control the game starting at the back.

The Champion League Lightning had a good season in standard but not good enough to win their division. This means they have to come in as the 5th seed and play a buzzing Hive team that has just won the Sky division. The Hive team has put in some great season performances including Rodgers who finished top ten in goals with 46 while Moxen finished 4th in saves with 37. But the Lightning isn’t a team to back down from a challenge. Look for this lightning team to shut down the Hive’s offense and make this a low-scoring affair. Star players Goldfish and Ex have been averaging 1.6 and 1.68 saves per game and I would expect to see more of that stellar goal-line defense this weekend