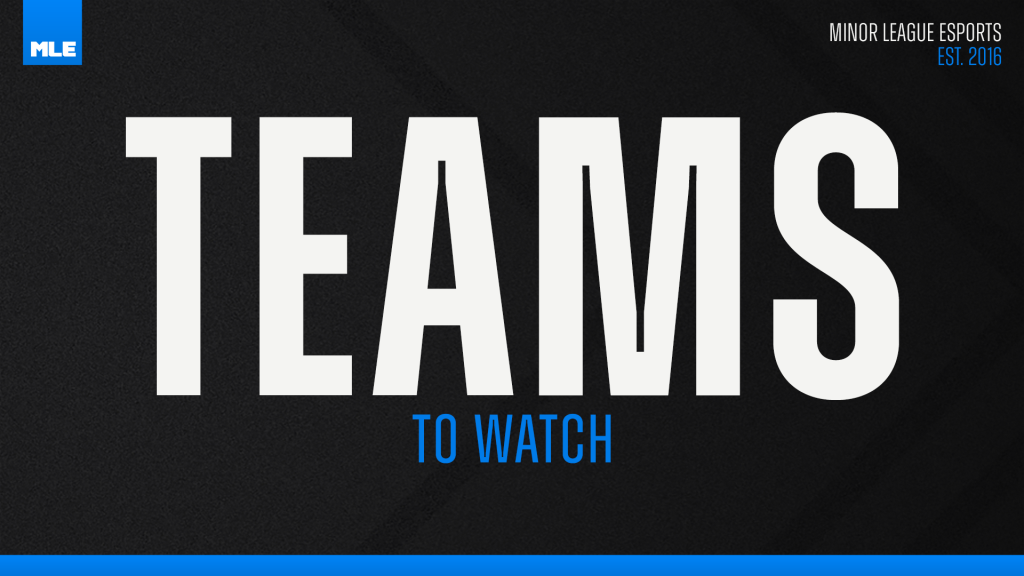 It’s the final day of wild card weekend in MLE. After today we will know every team that is out early and every team that will move on to the second weekend of action. We can’t say yet how many brackets will be busted after this weekend but we can tell you that tonight is bound to be another action-packed night of Rocket League. We’re here to break down all the Academy League action and tell you what to expect tonight on MLE.

For the Orange conference, we have possibly the tightest matchup yet between the Bulls and Flames. Despite winning their division, the Bulls actually have one more loss than the Flames on their overall record. However, the bulls do have an advantage of 19 in terms of goal differential. My standout pick for the Bulls has to be Zeakz, as he boasts a 5.08 average MVPR for his team. As for the Flames, it’s much harder to pick a standout player, as the team as a whole keeps very similar MVPRs.

In the Blue Conference doubles, we have the 5th seeded Hawks taking on the 4th seeded Blizzard. Much like the rest of the conference in 2s, we see another fairly even matchup, with only a couple of games separating the two and an equal amount of series wins. I expect the Blizzard to put out the very strong lineup of Pesoh and Helly. The pairing has been dominant this season with both players exceeding 5 MVPR across the season. For the Hawks, I’d watch out for Anthri and Monty. While Monty is the only hawks player with an average MVPR above 5.0, the pairing may still prove a difficult one for the Blizzard to handle.

Much like in doubles, the Demolition have been a front runner from the very start. However, while they haven’t exactly been in the spotlight the Flames have also had a very strong campaign. While I noted both teams are loaded with depth in my doubles analysis (the same still applies for standard), Both teams have a player that stands out a bit more. For the Demolition, Hems has had a very strong season keeping his MVPR just above 3. As for the Flames, their own FM, FLaMEz, has been their leader for 3s, contributing an impressive 3.25 MVPR.

For our Blue Conference matchup, we have another divisional battle between the Knights and Express. The Knights won their division in a tight set with the Express, overtaking them by one game. The Knights do however favor an +9 goal differential on the Express, becoming a tight favorite. The Knights’ go-to guy in 3s seems to be SirHoldSpace, as he boasts a 3.17 MVPR across 49 games. For the Express, Fahhr is the MVP holding down a 3.31 MVPR over 39 games.